When genuineness is a must

In the sphere of Sardinian gastronomy, a prominent place is taken by the typical Sardinian bread, known as "pane carasau" (also called in Italian "carta musica"), which is spread throughout the island as well as widely exported. It is a thin, circular sheet of bread, baked twice and therefore crispy. Even without preservatives it keeps all its qualities also after several weeks. Besides bread, it is also worth mentioning Sardinian cheese, delicatessen, sweets and wine. 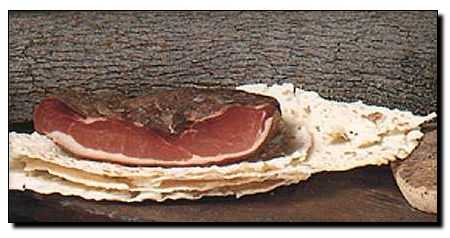 Cheese represents a remarkable and prominent part of the insular gastronomy. The flavour of Sardinian cheese is different from all the other kinds of cheese. Such difference is due to the nature of pastures, the climate, the production systems and the herds themselves. Among the best-known kinds of cheese, we shall mention Sardinian "Pecorino" (sheeps milk cheese), "Pecorino Romano", "Dolce sardo" (Sardinian mild cheese) a soft type of cheese and Sardinian soft goat's cheese which keeps, however, an emphatically strong and wild taste. Among the vaccine kinds of cheese, "Caciocavallo", very savoury pear-shaped cheese, is rather typical. Sardinian "ricotta" (soft, white unsalted cheese) and "sa frue salìa" (sour curdled milk) are also worth mentioning.

Delicatessen (salted meats) are always present in the best local recipes and their process of production, still respecting the tradition, is a guarantee for their genuineness and typicalness. It is also worth pointing out the sausages and mountain-hams, both of which absolutely need to be tasted.

As far as sweets are concerned, we shall distinguish between a local production, that is very popular in specific times of the year, during festivities and on special occasions, and a more general one that is available at the confectioner's all year round. Among the most renowned sweets in the whole island, we shall remember the "bianchini", made of egg whites and almonds, the "guelfi", the "amaretti" (macaroons), the "papassini", a typical Sardinian biscuit, and many other local specialties. We shall also recall the well-known Gennargentu "torrone" and bitter honey made from strawberry-tree flowers.

The variety of regional wines is remarkable indeed and almost every place has got its own wines.